Slovenia made their debut at the Eurovision Song Contest 1993, after coming first the qualification round "Kvalifikacija za Millstreet", a pre-qualifier held for the former Eastern Bloc countries. The country has participated 25 times overall from 1993 to 2019 , with the exceptions of 1994 and 2000, where they were relegated.

The country has sent entries in both Slovene and English, usually alternating between the two each year, before deciding to use English from 2015. However, non-qualifications in 2016 and 2017 prompted a switch back to Slovene in 2018, where they managed to qualify two years in a row. 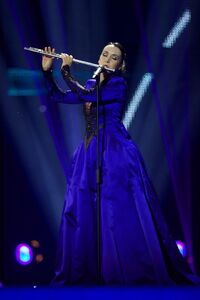 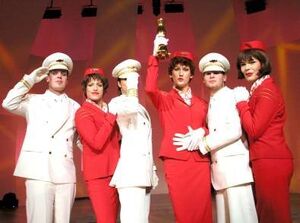 Sestre, 2002
Add a photo to this gallery

Retrieved from "https://eurosong-contest.fandom.com/wiki/Slovenia?oldid=41362"
Community content is available under CC-BY-SA unless otherwise noted.