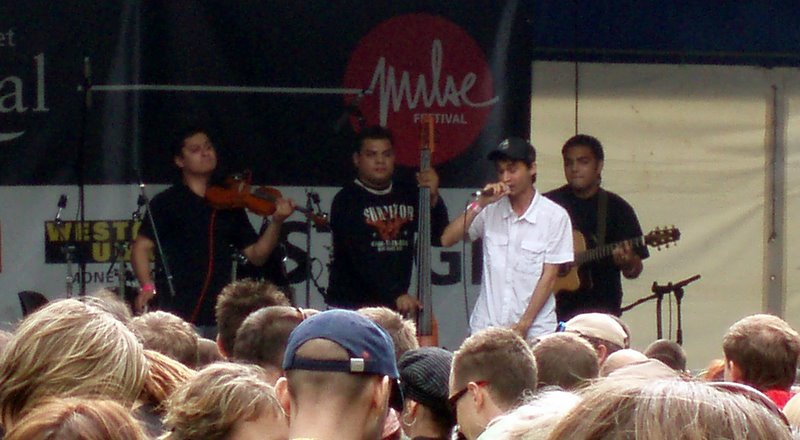 Gipsy.cz are a Romani hip hop group who represented the Czech Republic in the Eurovision Song Contest 2009 in Moscow, finishing in last place in the first semi final with Nul Points.

Their music has recently hit the charts there and they are gaining a following throughout Europe, featuring on MTV. They played at the Glastonbury 2007 festival.

Retrieved from "https://eurosong-contest.fandom.com/wiki/Gipsy.cz?oldid=29980"
Community content is available under CC-BY-SA unless otherwise noted.