The Eurovision Song Contest 2011 was the 56th in the annual, long-running light entertainment show, and was won by Ell & Nikki performing Running Scared for Azerbaijan, making them the first male/female duo to win the title since 1963. The event took place in the Esprit Arena in Düsseldorf, Germany, following Germany's win in the previous year - with the winning artist, Lena Meyer-Landrut, returning in an attempt to defend her title. This made the 2011 contest the first since 2004 to take place outside of the host nation's capital city, as well as the first for Germany since its reunification.

The hosts for the contest were announced on 16 December 2010. Actress and comedian Anke Engelke, journalist and presenter Judith Rakers, and musician Stefan Raab were to host the three shows.[1]

"Feel your heart beat!" was the slogan for the 2011 Contest. The logo was a pulsating heart in the colours of the performing country and was designed by London company Turquoise. It was based off a heart gesture made by Lena upon winning the 2010 Contest.[2] 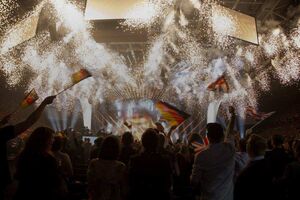 The atmosphere in the Esprit Arena 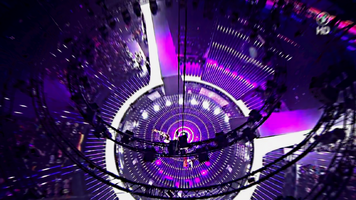 The stage from above 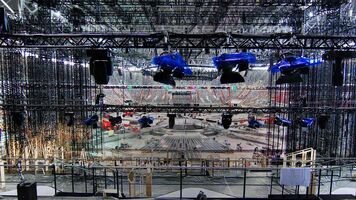 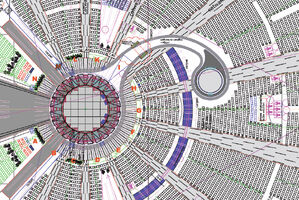 The draw to determine the semi-final running orders was held on 17 January 2011. All of the participating countries excluding the automatic finalists were split into six pots, based on the voting history of those countries in previous years. From these pots, half competed in the first semi-final on 10 May 2011.

The other half in that particular pot competed in the second semi-final on 12 May 2011. This draw doubled as an approximate running order, in order for the delegations from the countries to know when their rehearsals commenced. The draw also determined in which of the semi-finals the automatic finalists would be able to cast their votes.

United Kingdom voted in this semi-final.

France voted in this semi-final.

All countries voted in this show.

Retrieved from "https://eurosong-contest.fandom.com/wiki/Eurovision_Song_Contest_2011?oldid=45373"
Community content is available under CC-BY-SA unless otherwise noted.