Semi-final 2: Serbia for beginners accompanied by Aleksandar Josipović as a Master of Ceremonies

Final: Marija Šerifović performing Molitva (remix) and "Tell Me Why"

Semis: 9 qualifiers are selected through the televote, while the 10th is selected by a back-up jury

Final: Each country's 10 favourite songs are awarded 12, 10, then 8 through to 1 points based on the televoting

The Eurovision Song Contest in 2008 was held in Belgrade, Serbia thanks to Marija, who won the previous contest with the song Molitva. The contest was the first to have two semi-finals, because of so many contestants. 43 countries participated and Dima Bilan won it for Russia, with the song Believe, the first time Russia won the contest.

At a press conference in Helsinki in May 2007, Svante Stockselius, Executive Supervisor of the Contest for the EBU, announced that the competition's format may be expanded to two semi-finals in 2008 or 2009. On 28 September 2007, it was announced that the EBU had approved the plan of hosting two semi-finals in 2008. Based on research conducted by the EBU's televoting partner Digame, the semi-finalists were sorted into the two heats through the drawing of lots, which was seeded to keep countries that have a significant history of voting for each other apart. Only the host country (Serbia) and the members of the Big Four were allowed guaranteed spots in the grand final.

The automatic finalist countries chose whether they would broadcast both semi-finals or just one, but viewers from these countries could only vote in one. From the draw conducted, it was decided which of the five finalist countries would broadcast and have voting rights in either of the events. The semi-finals were webcast live through Eurovision.tv. The top nine songs from the televoting qualified for the final, and a tenth was determined by the back-up juries. Twenty-five songs competed in the final. 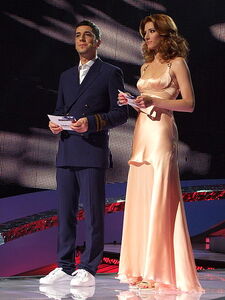 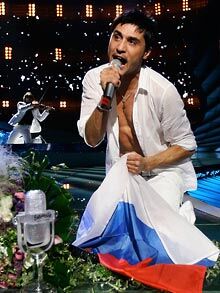 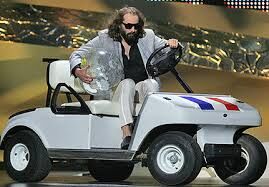 Germany and Spain voted in this semi-final, which was held on 20 May 2008, and the top nine countries qualified to the Grand Final through the televote and one country was picked by the Jury (highlighted in turquoise).

The United Kingdom, France and Serbia voted in this semi final, which was held on 22 May 2008, and the top nine countries qualified to the Grand Final through the televote, and one was picked by the Jury (highlighted in turquoise)

All participating countries voted in the grand final, which was held on 24 May 2008.