Each country votes by tele-vote or SMS. The country's 10 favourites are awarded 12, 10, then 8 through 1 points based on votes. All participating countries present points, totaling them to determine a winner.

The Eurovision Song Contest 2007 was the 52nd edition held on 10 and 12 May 2007. It was also the first contest ever to be broadcast in high definition.

Having waited a full 45 years for their first victory, Finland won the right to stage the contest for the very first time at the Hartwall Areena in Helsinki where a record-breaking 42 nations were set to compete.  Making their debuts were the Czech Republic, Georgia, Montenegro and Serbia (the latter two had broken off into independent nations a year earlier), and Austria and Hungary returned after a time away. Monaco decided to withdraw after bad results in recent years.

This edition would be the last to have one semi-final round as countries' interest in joining the contest continued to grow. Beginning the following year, a second semi-final would be added with only the host nation and the members of the Big Four guaranteed automatic qualification to the final.

In its debut as an independent nation, Serbia won the contest, matching the debut win for Switzerland back in 1956. The winning song was Molitva by Marija Šerifović, it was the first non-English song to win since 1998, and the first ballad to win in the televoting era. 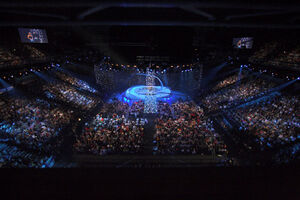 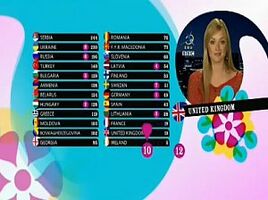 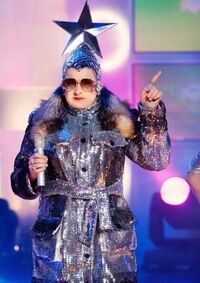 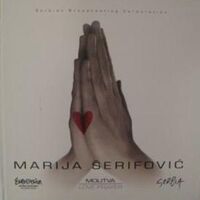 The Serbian winning song
Add a photo to this gallery

28 countries performed in the semi final held on 10 May 2007, and all countries including the Big Four voted.

The top ten of the semi final qualified to the grand final.

Retrieved from "https://eurosong-contest.fandom.com/wiki/Eurovision_Song_Contest_2007?oldid=41885"
Community content is available under CC-BY-SA unless otherwise noted.