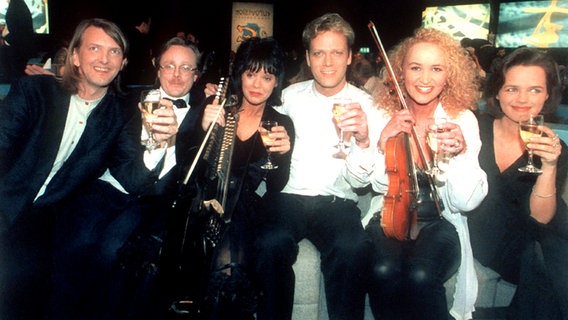 Video montage commemorating the history of the Eurovision Song Contest for its 40th edition.

The Eurovision Song Contest 1995 was the 40th Eurovision Song Contest and was held on in the Point Theatre in Dublin, Ireland, a venue used a lot in the 1990s, due to Ireland's long set of wins. The presenter was Mary Kennedy. This year's competition was the last with only one host, until Petra Mede hosted in 2013 in Malmö, Sweden.

This contest broke the chain of victories that Ireland had from 1992, 1993, and 1994. This was Ireland's 3rd year in succession to host the contest - and to mark the 40th show, it was opened with a 4-minute retrospective showing images from the contest's history. The Irish-Norwegian group Secret Garden was the winner of this contest with the mostly instrumental song, "Nocturne". Secret Garden's violinist was Fionnuala Sherry, who is Irish.

The EBU capped the maximum of entrants to 23 so the contest wouldn't be on air for more than three hours.

Eurovision 1995 was a year for Scandinavian domination as Norway won, Sweden finished third and Denmark rounding off the top 5. Sweden was the favourite to win the 1995 contest with Jan Johansen. Spain had a surprising second place, their best result since they last achieved 2nd in 1979 with Betty Missiego. On the other hand, Germany received their second-worst placing as of 2015, putting them in danger of relegation. 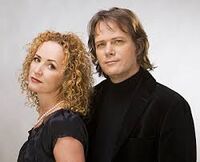 The regular members of Secret Garden 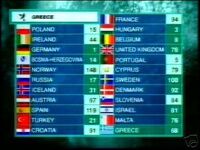 The scoreboard theme is almost exactly the same as that of 1994's.
Add a photo to this gallery

Retrieved from "https://eurosong-contest.fandom.com/wiki/Eurovision_Song_Contest_1995?oldid=42046"
Community content is available under CC-BY-SA unless otherwise noted.