Yugoslav Changes – a film about tourism in the country

The Eurovision Song Contest 1990 was the 35th edition of the series. It was held in Zagreb, Yugoslavia (now Croatia) on 5 May 1990. The presenters were Helga Vlahović Brnobić and Oliver Mlakar.

This marked the first time the contest was held in a Balkan nation and the only one held in Yugoslavia prior to its dissolution in 1992.

Toto Cutugno was the winner of this contest with the song Insieme: 1992. This was the second victory for Italy, the first one having been Non ho l'età, performed by Gigliola Cinquetti in 1964. The lyrics of several entries celebrated the revolution and democratization that had occurred in central and eastern Europe in the preceding months, focusing especially on the fall of the Berlin Wall in November 1989, such as in the Norwegian and Austrian entries. However, the winning song was an even more sweeping evocation of European unity, in anticipation of the completion of the European single market, due at the end of 1992.

Financial problems struck JRT before the contest began. The cost of hosting the 1990 Contest added on to the bills JRT had to pay led to Zagreb's tourism board donating a large sum of money. However, a JRT spokesperson admitted that they didn't understand why the tourism board hadn't been asked to contribute earlier. After the contest ended, JRT's executive producer Goran Radman was fired from JRT's affiliate RTZ (now the Croatian broadcaster HRT).

Additionally, ticket prices were so steep that they frequently changed hands on the Yugoslavian black market.

Also, Helga Vlahović and Oliver Mlakar publicly resigned hosting when they discovered that a younger pair of presenters were being secretly rehearsed. This led to further embarrassment at JRT. Vlahović and Mlakar returned to host the live show.

The Eurovision Song Contest 1990 was the first to implement an age rule. The EBU were forced to bring in a restriction rule after criticism arose over the ages of two performers at 1989 contest, being just 11 and 12 years old. From 1990, no artist under the age of 16 on the day of the contest could perform on stage. This rule meant that the record for the youngest ever winner at Eurovision could never be broken, as Sandra Kim, who won for Belgium at the 1986 competition, was just 13 years old.  The United Kingdom's entrant, Emma, was allowed to compete despite being only 15 years old as her birthday was later that year.

A notorious mishap occurred at the start of the first song, when a noticeably long delay caused by problems with the backing track was followed by the Spanish singers Azúcar Moreno missing their cue. They walked off the stage in barely concealed annoyance and the audience was left in confusion for a moment, but the song was then restarted without any further problems.

The 1990 contest was the first to feature an official mascot, Eurocat, created by Joško Marušić. This mischievous purple cat popped up during the 'postcards' of each of the 22 entries, which also included travelogues of the country about to perform, in conjunction with the European Year of Tourism 1990 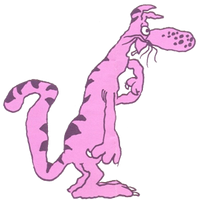