The Eurovision Song Contest 1986 was the 31st edition held on 3 May 1986 at the Grieghalle in Bergen, Norway by way of Bobbysocks!' win in Gothenburg the previous year. It was hosted by Åse Kleveland, who, like Lill Lindfors before her, represented her country at the 1966 contest.

Iceland made its debut, while Yugoslavia and the Netherlands returned after a year away.  Italy and Greece withdrew.

Several milestones were reached in this edition: the 500th song was performed by Sherisse Laurence representing Luxembourg. It also launched the career of interval act performer Sissel Kyrkjebø, who would later go on to perform at the 1994 Winter Olympics in Lillehammer and lend her voice to the soundtrack of the hit movie Titanic.

After finishing last the previous year, Belgium emerged as the winner with the song J'aime La Vie performed by Sandra Kim. At only 13 years old, Sandra became the youngest ever Eurovision winner, a record that under the current rules of the contest and with the creation of Junior Eurovision, will never be broken. 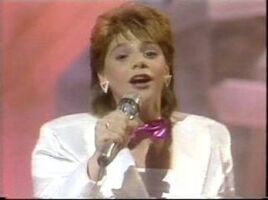 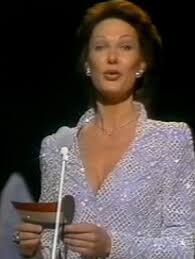 Åse Kleveland, the host of the evening. 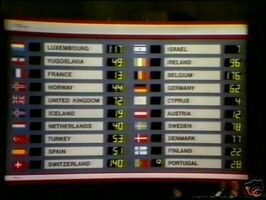 The scoreboard of the evening
Add a photo to this gallery

Retrieved from "https://eurosong-contest.fandom.com/wiki/Eurovision_Song_Contest_1986?oldid=44094"
Community content is available under CC-BY-SA unless otherwise noted.