The World of John Bauer

The Eurovision Song Contest 1975 was the 20th edition and was held in Stockholm, Sweden on 22 March 1975 by way of ABBA's win in Brighton the previous year.  It was hosted by Karin Falck.

This contest marked several firsts: the debut of Turkey, as well as the first time in the contest's history that the first song in the running order would go on to win (a feat that would be accomplished two more times). Most notably, the 1975 contest introduced the 12-point voting system which is still being used today.

The Netherlands won the contest for the fourth time thanks to the group Teach-In with their song Ding-a-Dong. It remained the last victory for the Dutch until 2019. 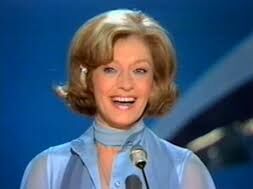 Karin Falck, the host for the evening 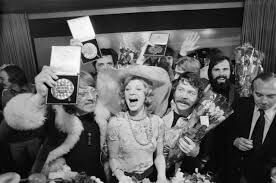 Teach In, celebrating in Schiphol, The Netherlands.
Add a photo to this gallery

Retrieved from "https://eurosong-contest.fandom.com/wiki/Eurovision_Song_Contest_1975?oldid=44127"
Community content is available under CC-BY-SA unless otherwise noted.