Stock footage from 1968 taken from the Edinburgh Military Tattoo

Two jury members from each country, with each of them awarding between 1 to 5 points for each song.

The Eurovision Song Contest 1972 was the 17th edition held on 25 March 1972. Monaco was unable to host the contest due to the inability to meet the demands of the EBU and turned to the BBC for help. There were rumors afterwards that the country was too poor to host. It was held at the Usher Hall in Edinburgh, Scotland and presented by actress Moira Shearer. Séverine, the previous year's winning artist, was in attendance.

The contest was won by Luxembourg with the song Après Toi performed by Vicky Leandros, who previously finished in 4th place in 1967 with L'amour est bleu which instantly became an international hit and a Eurovision classic, as did the second placing song of 1972, Beg, Steal or Borrow by The New Seekers, who also went on to be famous around Europe. 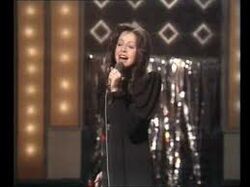 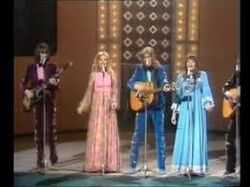 The United Kingdom's representatives, The New Seekers.
Add a photo to this gallery

Retrieved from "https://eurosong-contest.fandom.com/wiki/Eurovision_Song_Contest_1972?oldid=44090"
Community content is available under CC-BY-SA unless otherwise noted.