The Eurovision Song Contest 1971 was the 16th since the first in 1956. It was held in Dublin, Ireland, a city to be used for almost all the competitions in the 1990s. The new voting system that was introduced in this Eurovision did have one big problem: some juries gave fewer points out than others in hope to get their own country to win.

Groups of no more than six people were allowed on stage for the first time at this edition. The winner this year was Monaco. Serveine have them their only victory to date. The song was performed by a French singer, living in France, conducted by a French native and written by a French team. 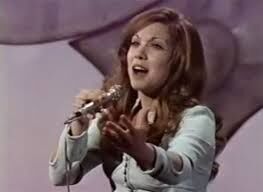 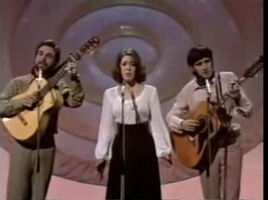 Peter, Sue & Marc, the first group with more than two people to perform at the contest 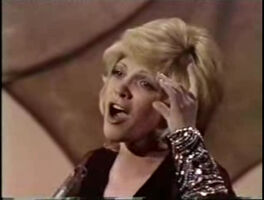 Severine, the winner of the night. 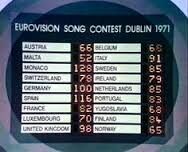 The scoreboard
Add a photo to this gallery

Retrieved from "https://eurosong-contest.fandom.com/wiki/Eurovision_Song_Contest_1971?oldid=44120"
Community content is available under CC-BY-SA unless otherwise noted.