All countries had ten jury members that had ten points to award to their favourite songs.

Ireland
Dana - All Kinds of Everything

In 1970, Ireland scored their first win with Dana Scallon, singing All Kinds of Everything, long before their record of winning three times in a row in the 1990s. The United Kingdom, unsurprisingly, came 2nd place. Luxembourg had nul points for the first and only time.

There were plenty of host countries to choose from following the four-winner tie; The Netherlands, the United Kingdom, France and Spain - all won in the preceding year. The host country was decided by a toss of a coin between the Dutch and French broadcasters.

For the second year in a row, the number of participants went down. Finland, Norway, Sweden and Portugal were very unhappy about the result of the 1969 contest when four countries were declared as joint winners and withdrew from the contest.[1]

NOS, the Dutch broadcaster, had no choice but to "waste some time" for the show, as only 12 countries decided to participate. This was a change for Eurovision, as this introduced the postcards featuring the participating artists from each country which have been shown for many years.

Willy Dobbe also gave the shortest ever welcome to the viewers, in just 24 seconds with the English, French and Dutch languages after a four-minute introduction film.

To avoid a confusing incident like in 1969, a tiebreaker rule had been created. The rule stated that if two or more songs gained the same number of points, each song had to be performed once more. After these re-performances, the jury had to select their favourite song (except for the juries of the tied countries). This had to be done by a show of hands. If entries were still tied, both of them would share the first position. The tiebreaker article gives more information. 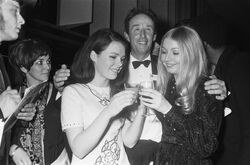 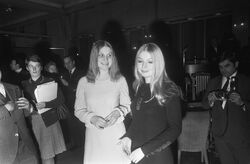 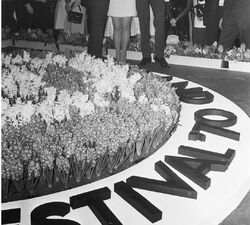 The hall was decorated in tulips 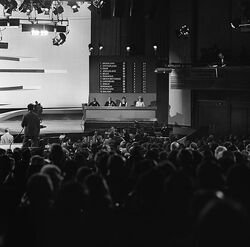 Audience and scrutineers
Add a photo to this gallery

Retrieved from "https://eurosong-contest.fandom.com/wiki/Eurovision_Song_Contest_1970?oldid=35715"
Community content is available under CC-BY-SA unless otherwise noted.