The Eurovision Song Contest 1963 was the eighth edition held on 23 March 1963 at the BBC Television Centre in London. The United Kingdom had stepped in because France, who had won the 1962 contest, could not afford to stage it. It was hosted by Katie Boyle, who was making her second appearance as presenter.

16 countries took part this year. The contest was organized in 2 different studios: the host, audience and scoreboard in one and the performers and orchestra in the other. Each song had its own unique staging, and the change of set was done very quickly. Because of that, rumours arose that the performances were pre-recorded which later turned out to be untrue.[1]

The contest was won for the first time by Denmark with the song Dansevise performed by the husband and wife team of Grethe Ingmann & Jørgen Ingmann. Big stars took part in 1963, like Esther Ofarim for Switzerland, Nana Mouskouri for Luxembourg and Françoise Hardy for Monaco.

Norway's jury was not ready with its voting when called in by the presenter Katie Boyle.

The Norwegian jury chairman was still busy adding up the individual votes of the 20 jury members. Struck by panic, the Norwegian jury secretary gave an intermediate result, reading the points very quickly and in the wrong order.

Katie Boyle told the audience that she would come back to the Norwegian jury after all other countries had voted. When the final result came in from the Norwegian jury, they were decidedly different from the intermediate ones and gave the victory to Denmark in a close race with Switzerland. It was one of the very first controversial winners of the contest in its long history. 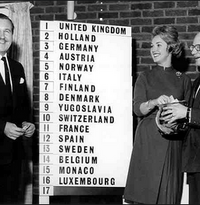 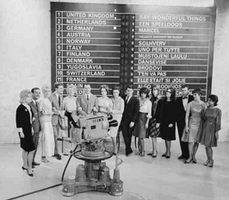 All entrants of the 1963 contest 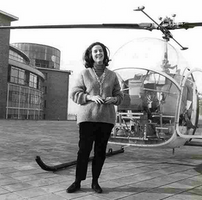 The helicopter used to film the postcards 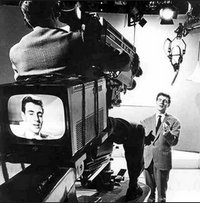 The camera used to film the 1963 contest