Each country had 10 jury members who awarded their three favourite songs 3, 2, and 1 points in order. All those points would then be added up and the song with the most points is declared the winner.

The Eurovision Song Contest 1962 was the 7th in the series, since its beginning in 1956. The contest was won for a now-beaten record third time by France with the song Un premier amour, performed by Isabelle Aubret.

Broadcast from the Grand Auditorium de RTL on Sunday 18 March, this was the last contest that was not held on a Saturday night. Many of the artists in this year's contest have either been before or will go again.

This was the first time a country had won three contests. However, Austria, Belgium, Netherlands, and Spain all scored nul points for the first time, making this year their worst entries so far. France led the voting from start to finish.

Having won the contest three times in five years, France decided not to host the 1963 contest, and decided to pass the baton on to the United Kingdom.

The stage was decorated with twinkling stars, but unfortunately they could not be seen for parts of the evening because there were some problems with the lights in the big auditorium of the Villa Louvigny.[1] 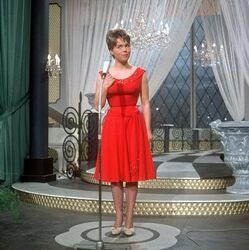 Rare image of Conny Froboess on stage, in colour 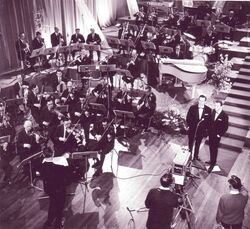 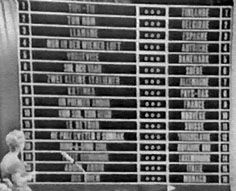 The 1962 scoreboard.
Add a photo to this gallery

Retrieved from "https://eurosong-contest.fandom.com/wiki/Eurovision_Song_Contest_1962?oldid=32248"
Community content is available under CC-BY-SA unless otherwise noted.