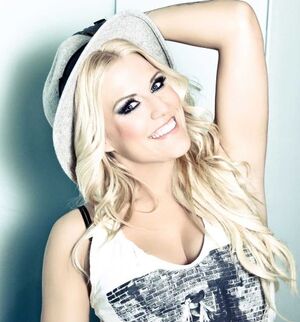 Cascada is a German dance music act made up of singer Natalie Horler, DJ Manian (Manuel Reuter) and DJ Yanou (Yann Peifer). The group is well known internationally for such hits as "Everytime We Touch", "What Hurts The Most" and "Evacuate the Dancefloor", selling over 30 million albums worldwide. They were named the most successful German act of the 21st century.

They were chosen to represent Germany at the Eurovision Song Contest 2013 in Malmo with the Eurodance song Glorious. Despite being one of the favorites, they finished in 21st place in the grand final.

Retrieved from "https://eurosong-contest.fandom.com/wiki/Cascada?oldid=32641"
Community content is available under CC-BY-SA unless otherwise noted.