Bulgaria joined the Eurovision Song Contest in 2005, and have participated in just twelve contests. Prior to 2016, the country only qualified for the finals in 2007. They withdrew from the 2014 and 2015 contests, citing a lack of recent success as their reason for not taking part.

They returned in 2016, where they came in fourth with returnee Poli Genova, before Kristian Kostov came in second in 2017, giving the country its best result to date. 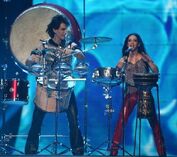 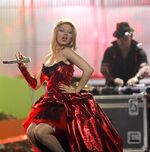 Equinox
Add a photo to this gallery

Retrieved from "https://eurosong-contest.fandom.com/wiki/Bulgaria?oldid=41344"
Community content is available under CC-BY-SA unless otherwise noted.