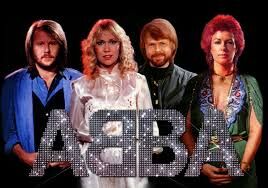 ABBA was a Swedish band composing of Agnetha Faltskög, Björn Ulvaeus, Benny Andersson and Anni-Frid (Frida) Lyngstad. Their first initials combined make the name ABBA. Agnetha and Björn and Benny and Anni-Frid were both in relationships during the time was together; Afterwards, both couples divorced.

They were together for 10 years, from 1972 to 1982. The group has sold over 380 million records worldwide in its lifetime and next, and has had major success in English-speaking countries, and even Latino markets. After the group split, Benny and Björn were both collaborating with many of their projects, including Chess, which one of the main casts in the original musical was Tommy Körberg, who has also represented Sweden twice, in 1969 and in 1988, and Björn Skifs, who, as did Tommy, represent Sweden twice, these times in 1978 and in 1981. In 1999, the group's songs were used to create the musical Mamma Mia!, which went on to great success around the world and spawned a 2008 film version starring Meryl Streep, Amanda Seyfried, Pierce Brosnan and Colin Firth. Its sequel, Mamma Mia! Here We Go Again, was released on July 20, 2018.

They represented Sweden at the Eurovision Song Contest 1974 in Brighton with the song Waterloo, after finishing in third place in Melodifestivalen 1973 with the song "Ring Ring". They stormed to victory, giving Sweden its first win and vaulting the group towards international superstardom.

In 2017 they were honored with a blue plaque at the Brighton Dome to commemorate four decades since their win.[1]

Retrieved from "https://eurosong-contest.fandom.com/wiki/ABBA?oldid=37884"
Community content is available under CC-BY-SA unless otherwise noted.